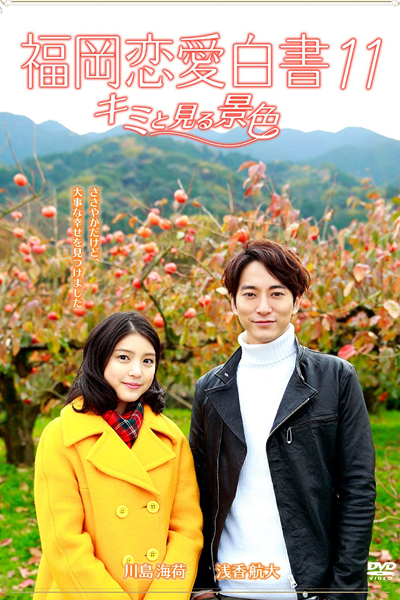 “Love Stories From Fukuoka” is a series of real-life stories submitted by viewers in Fukuoka about their personal experiences with love, loss and longing. All the stories are based in Fukuoka, the capital city of the Fukuoka Prefecture on Kyushu Island. The stories feature many actors, celebrities and athletes who have ties to Fukuoka, including a few members of the popular Japanese girl group AKB48. Akina (Umika Kawashima) and Takumi (Kodai Asaka) have been dating since high school. Akina started working as a bus tour guide in Saga Prefecture after graduating from high school. On the other hand, her boyfriend Takumi stayed in town, got a job in a factory. Being 1 hour train ride away from her boyfriend, romance oriented Akina struggled not to miss her boyfriend Takumi so much. But one day, on their date, one Akina’s action made Takumi’s mind to end their relationship. Was Akina the only one who was madly in love?! Three years later, Akina was living changing job to jobs, not having a particular goal in her life. She still had a feeling for Takumi, and one day her friends announced her the shocking news about him. Takumi was dealing with a disability. Leaving everything behind, Akina goes to see him. Can she get close to Takumi’s deeply hurt, closed heart? The second chapter of their romance begins!
Cast Stars
View More Video Show All Episodes
Comments
Comments
Follow us on
News Telegram Discord