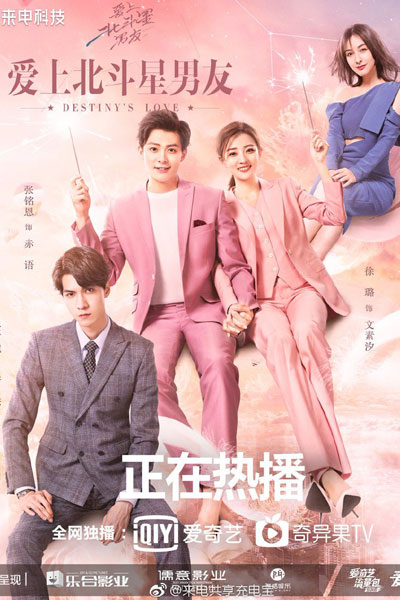 A guardian of the stars, Chi Yu, is charged with maintaining the balance of power in the cosmos. When he loses the key to his power, the precious Sun Moon Jade, he’s forced to wander the realm of mortals in a desperate attempt to find it. Wandering Earth, he finds himself drawn to a strong female general who eventually captures his heart. Desperate to keep her with him always, Chi Yu attempts to rewrite her fate and in so doing, dooms her to die at the age of thirty in each of her subsequent lives. As punishment for his actions, Chi Yu is imprisoned in the stars for 3,000 years. Once free, he vows to fix the problems he caused and so returns to Earth. Lifetimes have passed since his last visit and much has changed but none so much as the reincarnation of his lost love. A big-time film producer, Wen Xi, is nothing like the woman he remembers, but Chi Yu refuses to let her go until he’s made amends. Will Chi Yu be able to right millennia of wrongs? Can a fate so detrimentally entwined really end in true love?
Cast Stars
Destiny's Love (2019) trailer:
View More Video Show All Episodes
Comments
Comments
Follow us on
News Telegram Discord